Delta Tau Chapter of Omega Psi Phi Fraternity, Incorporated, founded in 1958, was organized and established through the foresight and wisdom of several Omega Brothers. Having been initiated through Beta Sigma Chapter at Southern University, the Brothers who helped to establish Delta Tau were Jack L. Johnson (ΒΣ '42) of Bayou Goula, LA, Alexander Carter, Jr. (ΒΣ '48), William M. Walker, Sr. (ΒΣ '49), and Richard Turnley, Jr. (ΒΣ '54) of Plaquemine, LA, Leroy Barton (ΒΣ '54) of Bonita, LA, Leonard F. Martin (ΒΣ '54) and Chester A. Mosley, Jr. (ΒΣ '55) of New Orleans, LA, Wilson Byrd, III (ΒΣ '55) of Port Allen, LA, and Richard J. Perkins (ΒΣ '56) of Lacombe, LA. Upon graduation from Southern University, these Brothers transitioned into military service or community service and began lives as husbands and fathers. But the bonds of Brotherhood stayed strong as all held true to their oaths and remained active in the fraternity.

Almost immediately, these Brothers felt that several areas of the surrounding Baton Rouge community were underserved by Omega's activities and more effort would be needed to reach those in need of assistance. In response, this resolute band of Brothers, determined to lead by example and possessing an unwavering commitment to Omega's principles, decided to expand Omega's reach into the City of Plaquemine and the Iberville Parish area, where most had resided. With GOD's blessing and Omega's approval, life was breathed into Delta Tau, Chapter #666, on Monday, May 5, 1958 in Plaquemine, LA. The dreams of these Brothers had finally been realized and remain alive and strong to this day, stewarded and protected by generations of Delta Tau Brothers.

Since its inception, the 'Devil Dawg Ques' have consistently chosen only those who continuously display the requisite character and integrity necessary to uphold the Fraternity's principles and serve as beacons of hope to the community. After more than 60 years, Delta Tau Chapter continues to prosper, grow stronger, and expand its service programs and commitments. Delta Tau organizes an annual charity golf tournament to raise scholarship funds for Plaquemine and Iberville Parish-area students. Service projects include donations of supplies to area schools, delivery of food baskets to needy residents during Holiday seasons, and mentoring programs for area students.

Going forward, the Brothers of Delta Tau continue to be leaders in the community and at the forefront of change. The chapter's eternal motivation remains service to the Fraternity, the City of Plaquemine, Iberville Parish, and the metro Baton Rouge Area. 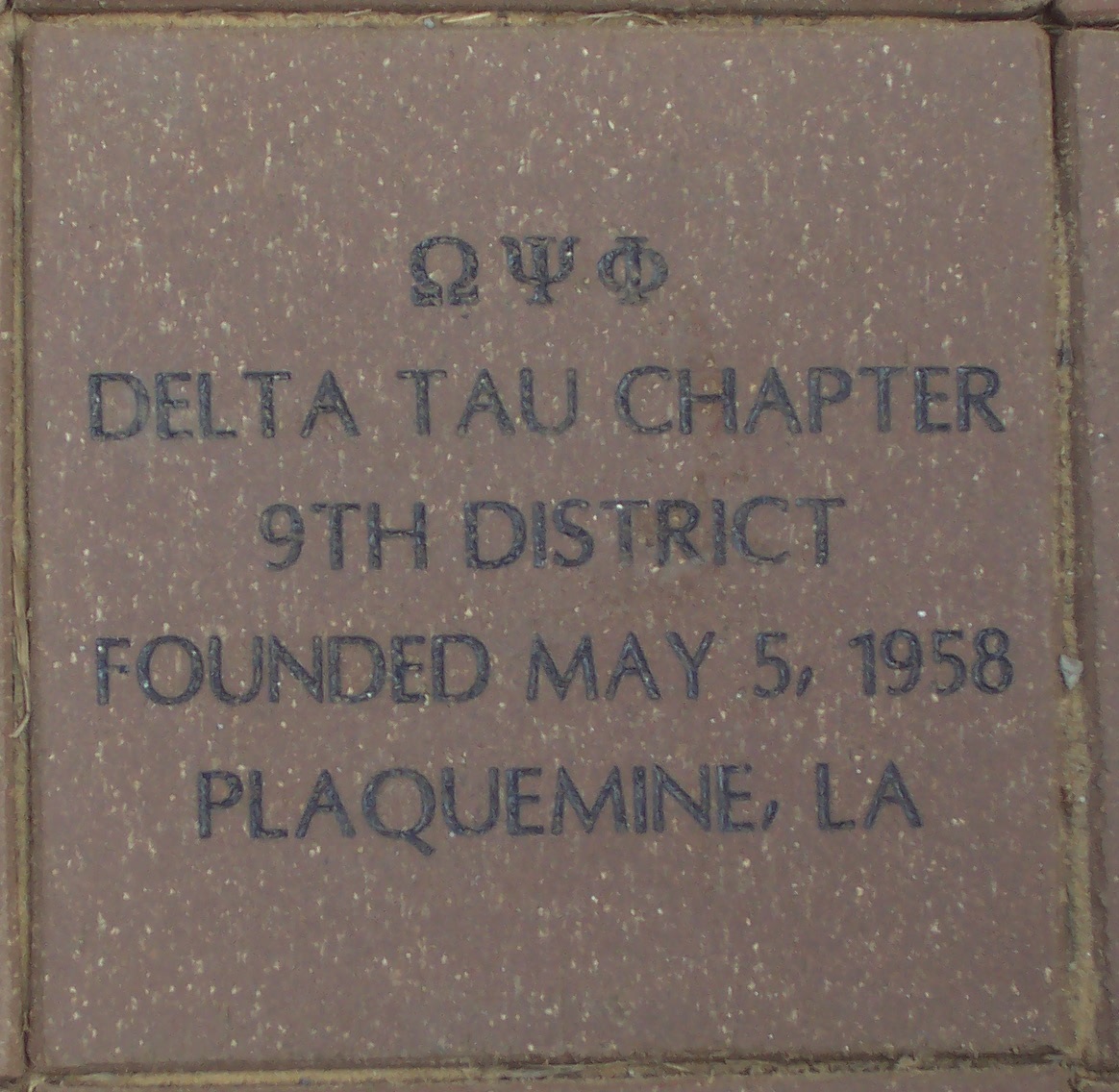